7 Best Alternative to Honey. For thousands of years, honey has been used as a natural sweetener in cooking and baking, due to its medicinal properties. It is enriched with antioxidants and nutrients that help protect our body from cell damage. It is claimed to be a miraculous healing product because of all the benefits that it brings to you. It is being used more and more in daily dishes, because of the shift towards a healthy lifestyle.

However, due to the serious threat to the bees, the use of this nature’s nectar must be reduced! But this doesn’t mean that you should compromise on your health and lifestyle. There are several other natural and manufactured sweeteners that would serve the purpose of honey. Described below is a well-researched list consisting of all the 7 best Alternatives for honey in cooking. 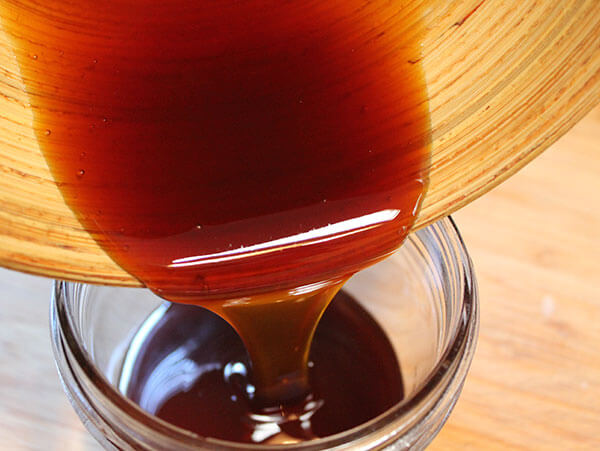 Coconut nectar – the delicious, thick syrup that is acquired from the sap of flowers, grows on coconut trees. This nectar, when derived from the flowers, is heated slightly in order to thicken it and prevent fermentation. More so, when it is cooked on high flame and dehydrated, this nectar stimulates into shiny granules that are popularly known as coconut sugar. The chemical-free process of converting flower saps into sweet nectar preserves almost all of the nutrients that a coconut tree can provide you. It has all the main nutrients including zinc, iron, amino acids, magnesium and potassium.

Considering the fact that the coconut nectar has a very low glycemic index, it makes it the best alternate for honey, and also a safe use for diabetic patients. Well, you might think that coconut nectar would taste like coconuts, but that’s not true. Instead, it has a very versatile taste – flowery and earthy. This syrup could be used like any other liquid sweetener such as in tea, in oatmeal, on pancakes and on toasts as well. It is often recommended and advised by nutritionists to use all sorts of sweeteners in moderation. But this coconut nectar is absolutely sustainable and healthy, which makes it the most reliable natural alternative. 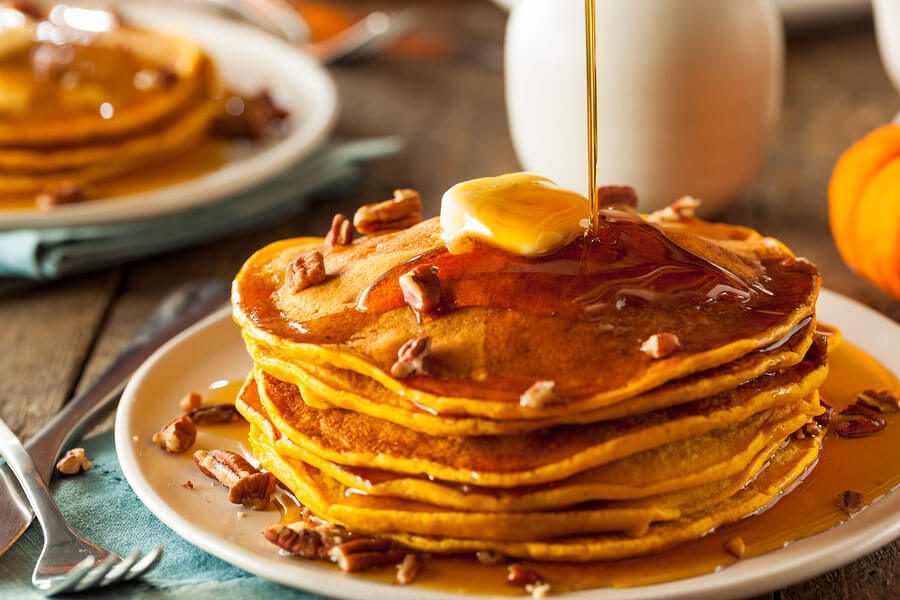 Being the most staple food in most kitchen pantries, maple syrup can be the best replacement for honey. When you hear or see maple syrup, the first things that pops in your head are waffles or pancakes. However, it can be an exhilarating alternative in providing an earthy robust of flavour similar to that of honey. This worldwide famous liquid sweetener is derived from drilling holes into a sugar maple tree. Those saps would then pour down the liquid into a container. Later those saps are boiled on high flame until all the water evaporates into thin air, leaving behind a dark, thick, sugary syrup. You must have heard that maple syrup is produced by tapping trees.  This is what tapping trees means!

Maple syrup is full of nutrients and antioxidants. It contains some of the most important minerals including magnesium, iron and zinc, calcium and potassium. The calcium strengthens the bones while the magnesium fights against heart diseases. This natural syrup has the privilege of providing its consumers with 24 different types of antioxidants, that help reduces the risk of type 2 diabetes and also cancer.

You can easily find this extravagant maple syrup in any of the stores nearby. 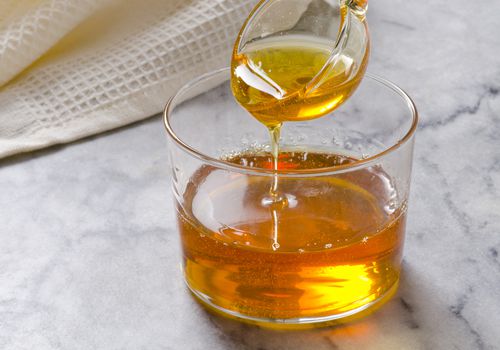 Agave nectar is also known as agave syrup. It is claimed to be one of the best alternatives for honey. It is derived from the fluid inside the blue cactus, called the agave. This is the same plant from which tequila is extracted.

The process of making agave is pretty simple. First, the fluid is extracted from the cactus and stored. The liquid obtained is then filtered to get rid of all the unnecessary components. The filtered juice is then heated on high flame in order to break down its components into fructose – also called simple sugar. After the heating process, the resulting liquid that is obtained is concentrated into a syrup and that’s how the agave syrup is attained!

This nectar has a GI index below 20 which makes it extremely healthy and reliable. It’s sweeter than most sugars and is very similar in taste to honey. This syrup tends to be super sweet and dissolves up way faster than honey or sugar. 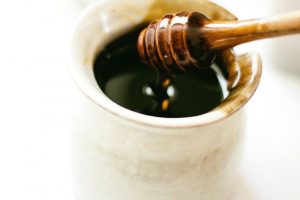 Molasses is a dark black syrup with a thick consistency that is used as a sweetener in everyday cooking and baking. This syrup is actually a byproduct obtained during the sugar-making process. It originally comes from sugar beets or sugar canes, which are used to make sugar. And while the sugar is forming it leaves behind a byproduct called molasses. There are several different types of molasses, varying in consistency, colour and flavour. You have around four to five different molasses to choose from as one of the best fill-in for honey.

Unlike refined sugar, this syrup consists of several vitamins and minerals in order to ensure healthy eating. Magnesium, copper, vitamin B, calcium and iron are a few popular nutrients present in molasses. Molasses offers some extraordinary health benefits such as stronger bones and a healthier heart. It is even a safe option for diabetic patients as the syrup helps control blood sugar levels. Molasses devours your mouth with a sweet, warm and somewhat smoky flavour. The medium and dark molasses gives a robust, strong flavour while the light molasses has the mildest flavour out of all.

You can get this syrup from any health store nearby or even order it online. 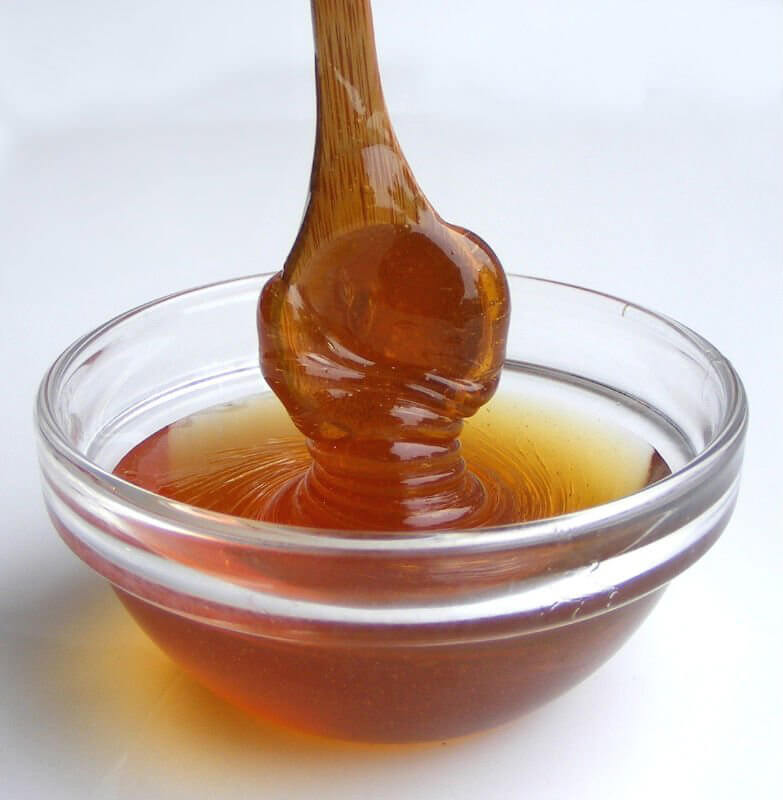 Barley malt syrup has been used as a natural syrup for centuries. It is processed by the extraction of sprouted and soaked barley. This syrup is claimed to be as sweet as refined white sugar and has a very mellow and rich taste.

It can be used in any cooking and baking dishes such as hot drinks, smoothies or even drizzled as a topping on cakes, pancakes and waffles. Being a natural product, barley malt syrup doesn’t have any chemicals. Instead, it is enriched with minerals and vitamins that are perfect for treating bowel syndromes and constipation.

Apart from consisting of dietary fibres and micronutrients, this syrup is also vegan-friendly. It can be used like any other liquid sweetener out there in the market. 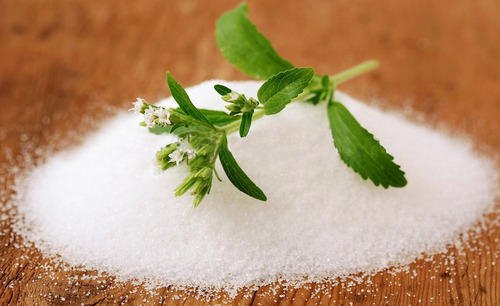 Stevia has been one of the most ancient sweeteners in the world, as it goes back all the way to the 16th century. This sweetener has been used as an alternative to honey for thousands of years due to its unique property of being calorie-free.

Not only is it safe for diabetic patients to control insulin levels but it is also a great remedy for those looking forward to a lifestyle and wanting to lose weight.

It can be used in any dish that you would normally make with honey, such as tea, coffee, shakes anything you like! Moreover, the most fascinating approach to Stevia is that, not only is it available in the form of a liquid sweetener but also in the form of powdered sugar crystals. You can grab Stevia from any grocery store nearby, according to your preference. 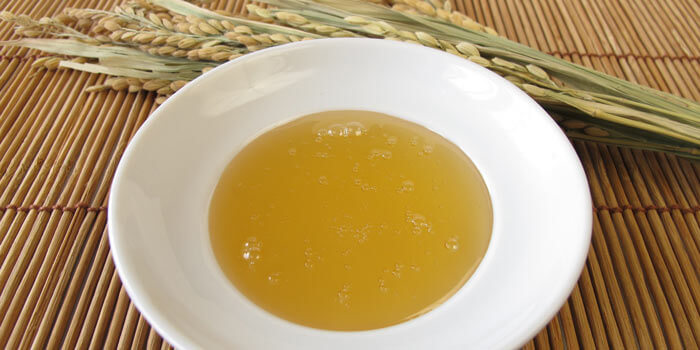 As the name suggests, this sweetener, which can be used as an alternative to honey, is produced by breaking down the complex carbohydrate present in brown rice. It is produced by exposing enzymes to cooked brown rice that result in the breakdown of starch and thus turn it into smaller crystal sugar particles. The colour and the consistency of this liquid sweetener is very similar to that of honey. Although you might have to add a little bit more because of its mild taste. Since we know that brown rice is a perfect and healthy substitution to normal rice, similarly brown rice syrup is the best sub for honey.

Never think that you need to give up on all the sweet delights and deserts only because you are preventing honey. There are numerous alternatives that taste just as good as honey and are also healthy substitutes for it. When used in moderation you can pick any of the 7 best replacements for honey from above and make a delightful treat for you and your loved ones. And remember, don’t be afraid to experiment with different products!