Vegan Options At Panda Express. As stated by Wikipedia, Panda Express is one of the largest casual food chains that serve the popular American-Chinese cuisine. It has been widespread around the globe, having over 2000 locations run and operated by the name ‘Panda Express.”

This Asian restaurant has been serving people for several years now and is popular for its Chinese-inspired cuisine. The article below gives a full analysis and description of what Panda Express offers to people who are vegan.

It gives people options about what they can order off the menu without harming the animals. So you might want to look into the article once before heading to the restaurant.

Is Everything Vegan At Panda Express?

No! Panda Express was formerly a non-vegan restaurant that would offer nothing that was animal-friendly. However, after the petition in 2019, the restaurant has added a few vegan options in their menu so that those who live the vegan lifestyle can also enjoy the meals.

Although Panda Express was a non-veg restaurant back in the days, but recently the owners have updated all the 2000 restaurants around the world and added vegan entrees in their menu. Below is the list of some food items a vegetarian could order shen going to the restaurant for a fine dine-in with friends and family. 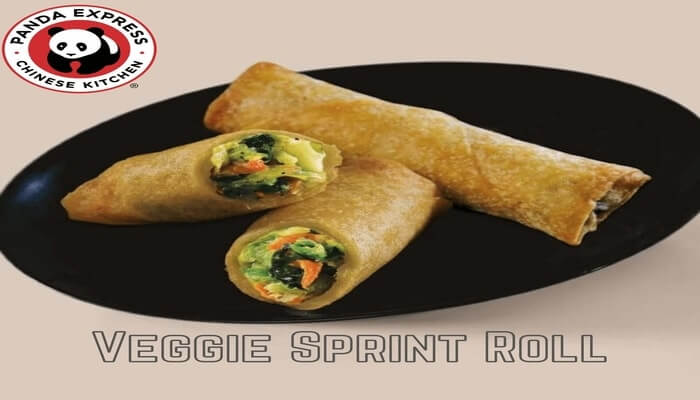 These spring rolls are a crunchy addition to the vegan list at the Panda Express. Paired up with any of the tempting vegan sauces, this dish is very delicious and mouthwatering.

The brown, oily flour shell marks up to be a good vessel for all the ingredients in the spring roll. It obviously contains vegetables such as cabbage, carrots and more – as the name suggests! More seasoning and sauces are added in the vegetable mixture to give the spring rolls a unique and addicting flavour for the customers.

This is a great dish at Panda Express for those seeking vegetarian food. Not only does it taste good but also serves up as a complete meal! 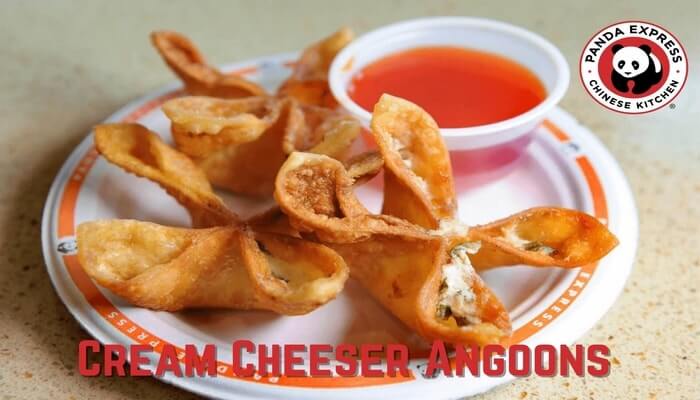 A lot of Chinese restaurants in the world offer very similar dishes. One of them is the imitation crab, which is marked as the star of the rangoon.

Despite being the biggest Asian restaurant in the world, Panda Express doesn’t serve imitation crab! Instead it offers its customers with yet astounding appetizers that are crunchy, deep fried pockets filled with green onions and cream cheese.

Served with hot, red sauce the cream cheese rangoons form a perfect vegan choice for the vegetarians out there who visit the restaurant often. 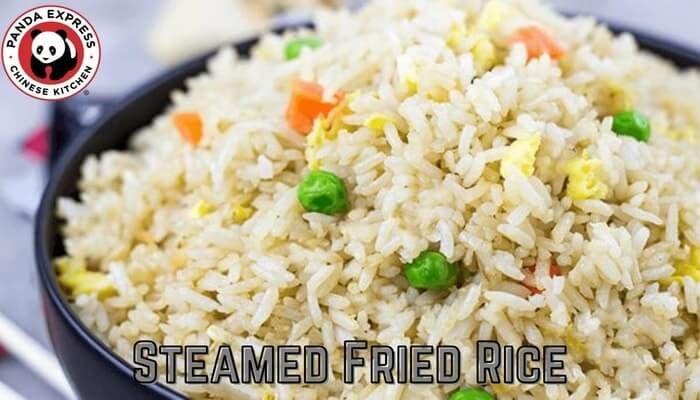 Fried rice is one of the most popular items at the famous Chinese restaurant. It is cooked with a very delicious eggy soy sauce (which doesn’t contain any eggs) along with finely chopped vegetables such as carrots, spring onions and capsicum.

This dish is very filling and can be eaten as it is or mixed along with another item on the menu. Fried rice at Panda Express are available in white as well as brown and both of them are vegan.

Brown rice is generally made from whole wheat grain which doesn’t add much calories to your daily intake, and let’s you enjoy rice without worrying about the carbs! 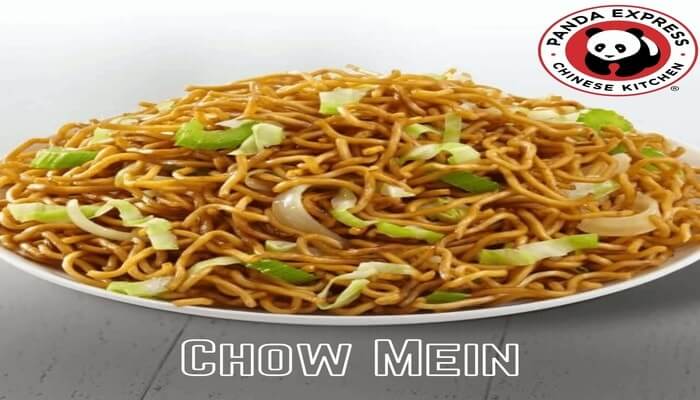 As the name suggests, this dish is made from boiled noodles tossed with vegetables and sauces. Vegetable chow mein is the American-Chinese combination that satisfies the taste buds of several people through its unique taste.

What makes this dish vegan is that there are no chicken chunks in it that are usually present in other restaurants serving the chow mein.

Moreover, the noodles don’t contain any egg, when produced, so they are also animal-friendly! In addition to that Panda Express was formerly using chicken broth in their chow mein – which now they have claimed to omit from all the recipes. Thus, making the vegetable chow mein a fine dish for all the vegetarians to devour! 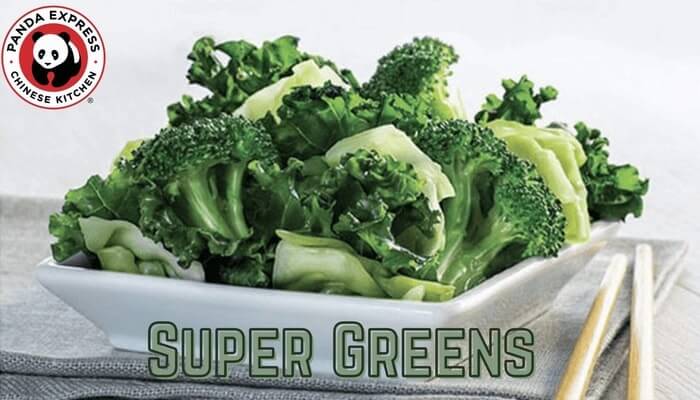 Super greens also known as the mixed vegetable, is a plate full of nutrients and delicious greens. A great combination of well cooked and tossed broccoli, cabbage along with kale makes up a bowl full of vegan-friendly food.

The super greens at Panda Express are scrumptious and crunchy pieces of vegetables that are not only vegan and healthy but also adds only 90 calories to your daily intake – giving you the opportunity to order more from the menu. 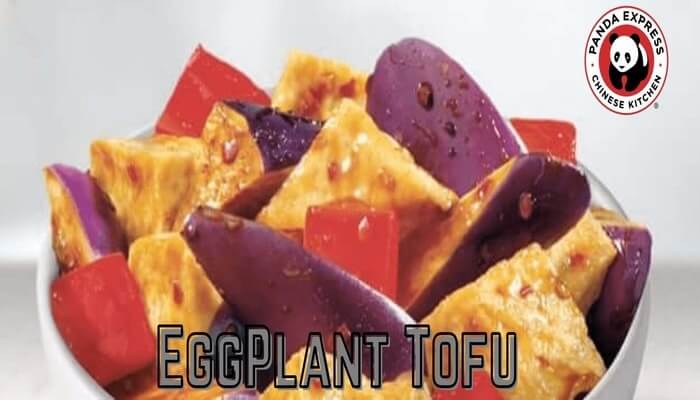 This main dish is fortunately vegan friendly and offers the vegetarians a great choice for lunch or dinner. One can enjoy this along with the vegan sauces offered by the restaurant as well a chilled, sparkling beverage to enjoy a complete meal! 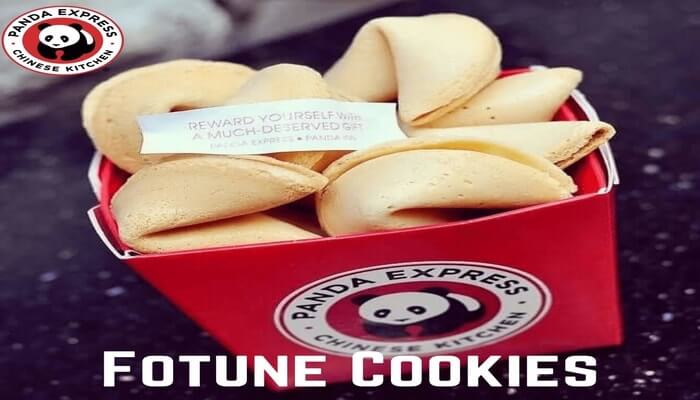 So as mentioned above, Panda Express has done everything to satisfy the vegetarians in their area. They have added vegan appetizers, main course, beverages.

What has helped this Asian restaurant step one notch higher is that they have also introduced vegan desserts, which is an astounding initiative and inspiration for all the restaurants out there in the industry.

Fortune cookies are soft, decadent pieces of treats that would fill your mouth with all the sweetness and mark an amazing end to your meal. These cookies are dairy free and do not contain any milk or eggs, making them a perfect vegan dish. It was carefully crafted by the chefs of Panda Express making sure that it is completely animal-free. 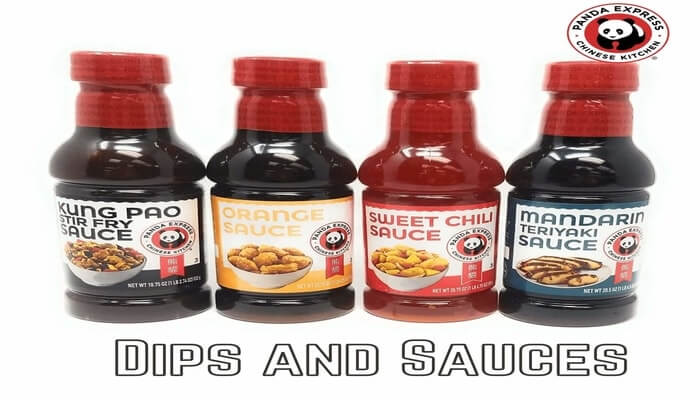 Panda Express offers plenty of different kinds of dips and sauces. The unique and intriguing taste of these dips adds extra flavour to the meals. And one great deal about these sauces is that they are all vegan friendly! Here is a list of all sauces you can get from Panda Express to spice up your meal without having to compromise the lifestyle that you and your family are living. 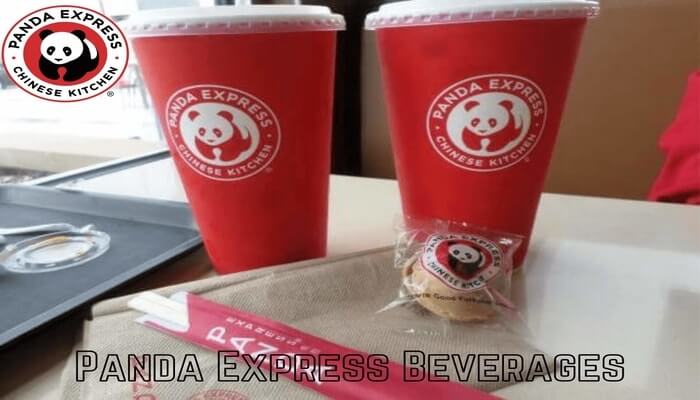 Although this fast-food chain doesn’t offer any special or separately-designed drinks for vegetarians, it has a very vast beverage list. A few of them have been shortlisted for you so that you can order a complete meal for yourself without having any second thoughts.

Some very popular questions asked by the loyal customers of Panda Express have been listed below and answered thoroughly.

Also Read: Vegan Options at Jack In the Box

Since When Did Panda Express Add Vegan Options In Its Menu?

Most Asian restaurants around the world have a vast variety of food items. They are mostly very friendly to those who have a vegan lifestyle and they often have a wide variety of options for them.

However, this was not the case with Panda Express up until February 2019, when the outbreak began! Before this Panda Express was a completely non-vegan restaurant offering nothing to those who don’t believe in harming the animals.

Even the dishes like chow mein and spring rolls had chicken broth added in it. After the petition, Panda Express decided to introduce vegan entrees in their menu and claimed to have removed chicken broth from all of their recipes.

Does Fried Rice at Panda Express Have Dairy?

The fried rice at Panda Express has no dairy in them. They are made purely from wheat and grains and are cooked with other vegetables. The sauces used in the fried rice are also vegan and do not contain any eggs or milk. Moreover, many restaurants often add fried eggs in these rice, but Panda Express prevents this so that there is one more addition in the vegan menu.

After the petitions were put forward against the restaurant, Panda Express promised to remove the chicken broth from all of its recipes. This had allowed some of their existing food items to be vegan friendly such as the vegetable chow mein.

Which Rolls at Panda Express Are Vegan?

Panda Express serves two types of rolls. One is the vegetable spring roll and the other one is the chicken egg roll. And as the name suggests for both the dishes you would clearly know that one of them is vegan and one of them is not.

What Desserts at Panda Express Are Vegan?

Similarly like the rolls, this Asian restaurant offers two types of desserts for the guests to enjoy. One is the fortune cookie which is indeed vegan as it doesn’t contain any dairy products such as eggs, butter or milk.

A vegetarian can enjoy this dessert without having to worry. However, the other dosh is the chocolate cookie chunk! This full-size cookie is not a vegan option as it is made from eggs and milk. More so, thick chocolate chunks added in the cookie batter are again non-vegan!

After March 2019, Panda Express went from having zero vegan dishes to many options on the vegan menu. It is considered to be one of the best food establishments for everyone! Not only Panda Express has attracted many guests after altering the menu but it has also inspired several other non-vegan restaurants to change their menus so that they serve a greater range of people in the surroundings.

This was marked as a great step towards accepting those who live the vegan life and also help them in making their lives easier.